Founded in 1994, the Chester County Community Foundation began in Coatesville with $174,000 and a single Donor Advised Fund. By the turn of the century, the Foundation had a total of $8 million held in various funds, a new CEO, and its first Endowment Campaign. The expansive growth continued into the next decade, with the start of the annual Sweet Charity event and a host of new funds to bring the total to $22 million in assets.

Today, the Chester County Community Foundation has nearly 400 funds totaling almost $60 million and a robust network of friends, door openers, and supporters throughout Chester County. CCCF has awarded nearly $40 million via 9,200 grants and scholarships over the last 25 years and we are honored to plan for the next 25 years of building legacy philanthropy.

A few fast facts about our achievements in the last year (FY 2018): 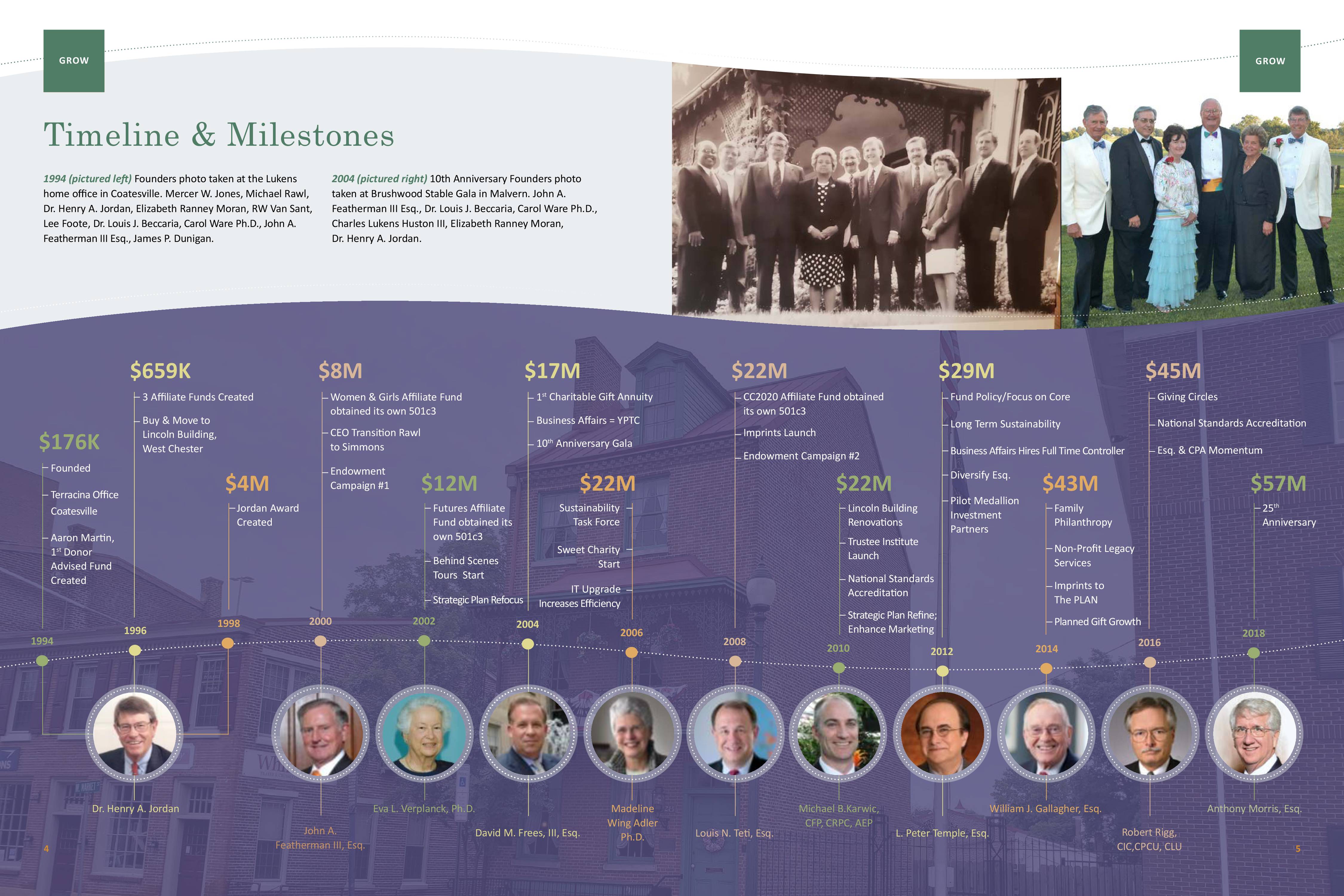