On February 11, 1860, the first published biography of Abraham Lincoln appeared on the front page of The Chester County Times. This biography, written and published at what is now called The Lincoln Building in downtown West Chester, is said to have influenced one million voters and propelled Lincoln towards the presidency.

In For the Union, author Malcolm Johnstone tells the story of how this biography came about to forever change the American political landscape. Follow the extraordinary story of how Quaker abolition, a hanging, a slave riot, and a small newspaper in West Chester set the stage to launch Lincoln’s quest for the presidency.

The building where this historic publication took place is currently owned and operated by the Community Foundation. 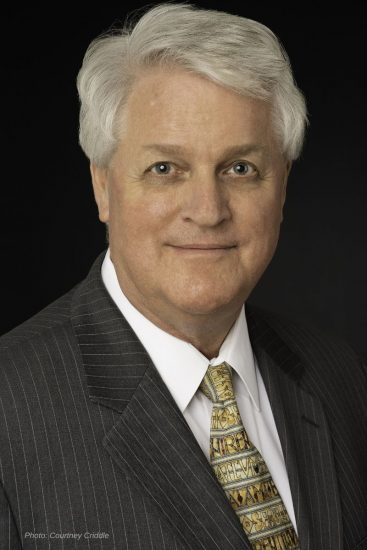 Malcolm Johnstone has been involved with downtown revitalization and historic preservation efforts for over 35 years. He was among the first to be Certified in Professional Downtown Management by the National Main Street Center. A regular speaker at local, regional, and national conferences, Malcolm enjoys sharing his knowledge of local history and downtown development.

Malcolm is a graduate of the San Francisco Conservatory of Music where he studied classical guitar and composition. His passion for music has resulted in several guitar recordings and performances of his theatrical musicals.

Click here for a Q&A with Malcolm about Juneteenth and his book, For the Union (June 2021).

“Stories of community leaders and their roles in propelling Lincoln to the presidency give texture to the history in For The Union. There are conversations between Lincoln and former Chester Countians, like Jesse Fell and Joseph Lewis, who had an office at the Lincoln Building and gathered autobiographical material for the biography.”

“I finished reading Malcolm’s book today and I thoroughly enjoyed it. I thought he did an excellent job of organizing the material so that someone like me, who knew very little of the story before reading the book, could follow it easily. I felt transported back into those times while I was reading. I also really liked all of the illustrations. I found the ambrotype of Lincoln to be haunting, one of the best images I have seen of him. Lincoln’s personality comes through in the book. I had never read the biography, and that was quite interesting. It was such a pleasure to learn so much of the history of our area.”