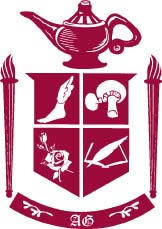 About this Fund…
The Charles R. White Scholarship Fund was set up in Mr. White’s name in 1999 by an Anonymous Donor who wanted to honor Mr. White for his athletic accomplishments during his high school years at Avon Grove High School and for his dedication to the community in the years that followed.  The Donor attended Kennett High School, but played baseball against Charles White back in 1938 when they were both seniors in high school.  Charles White was the greatest high school athlete at that time.  He lettered not only in baseball, but also soccer, basketball and track.  Charles White could have played major league baseball; but, at that time, this was not an option due to the color of his skin.  He went on to become a respected community leader and the Mayor of West Grove.

The primary purpose of this fund is to provide financial support to graduating students of either sex from Avon Grove High School who are outstanding leaders and who possess high ethical standards.

Congratulations to our 2022 Recipient:

Send a check to: