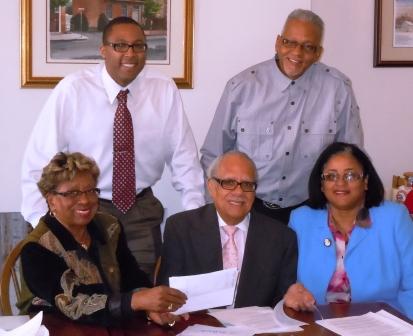 The Honorable Dr. Clifford E. DeBaptiste is the founder, owner, and CEO of DeBaptiste Funeral Homes, Inc. and Milestone Events, LLC. He has served the Chester County community for more than 80 years as an elected official, civic and business leader, and active member of religious educational and veteran organizations. Elected as the first African American Mayor of West Chester in 1993, Dr. DeBaptiste served two successful terms of office. He was Chairman of the Bicentennial Committee and in 1999, led a memorable yearlong celebration of West Chester’s 200th birthday.

The DeBaptiste Funeral Homes, Inc. founded in 1954, has flourished. In 1964, Clifford and Inez E. DeBaptiste constructed a new funeral home. In 2008, the comerstone was laid for the Inez E. DeBaptiste Building which houses Milestone Events, LLC, a reception center which can accommodate 200 guests. The tradition of excellence continues and in all county, state and national funeral organizations. Dr. DeBaptiste served thirteen consecutive terms as Chairman of the Pennsylvania State Board of Funeral Directors. He is a member of the Quaker State Funeral Directors Association, in 2009, Dr. DeBaptiste was sworn- in as President of the Pennsylvania Funeral Directors Association. During his term he created three permanent funds to enable funeral directors to make charitable grants to better serve their communities.

As a business leader, Dr. DeBaptiste served on the Board of Directors of the First National Bank of Chester County from 1975 through 2010. When the bank merged with Tower Bank in 2010, Dr. DeBaptiste was asked to continue on the new Board through 2012.

OIC of Chester County has named Dr. DeBaptiste as the 2014 recipient of the Leon Sullivan Award. In 2011, he received the Multicultural Leadership Award from the Frederick Douglass Institute. The prestigious Founders Award was presented to the Dr. DeBaptiste by the Chester County Historical Society. The Chester County Community Foundation has acknowledged the philanthropy of Clifford E. DeBaptiste. In 1984, he was named Outstanding Citizen of the Year by the West Chester Chamber of Commerce.

In education, he served with distinction as the Trustee of West Chester University. Dr. DeBaptiste has promoted the University’s expansion and has been an advocate for diversity programs and enhanced student opportunities. In 1990, he received the United President’s Medallion for Service, and, in 1999, West Chester University awarded Clifford DeBaptiste an Honorary Doctorate of Law Degree. In 2013, DeBaptiste Plaza opened with the unveiling of a statue of Frederick Douglass, which overlooks a reflecting garden and the Quad.

Clifford E. DeBaptiste holds membership in St. Paul’s Baptiste Church of West Chester and the Church of the Holy Trinity. He was recognized in 2010 as St. Paul’s Man of the Year. He is a 33rd Degree member of the Martin Luther King, Jr. Consistory No. 86, Ancient and Accepted Scottish Rite of Freemasonry, where he was elevated to Sovereign Grant Inspector General. In 2014, Dr. DeBaptiste was named a Past Grant Exalted Ruler by the IBPOEW (Elks). In 2009, the National Purple Heart Association recognized his service to the U.S. Army in the 1940’s and the Korean War when he attained the rank of Sgt. Major. His membership also include Alpha Phi Alph a Fraternity, Sigma Pi Phi Fraternity (Boule), Rotary International, NAACP, Chester County Private Industry Council, Chester County Art Association, and many others. He is the recipient of more than 500 awards and recognitions of service. Dr. DeBaptiste is the proud father of Lillian DeBaptiste Lambert, FD, Inez A. DeBaptiste, Esquire, and Celeste E. DeBaptiste, M.D. 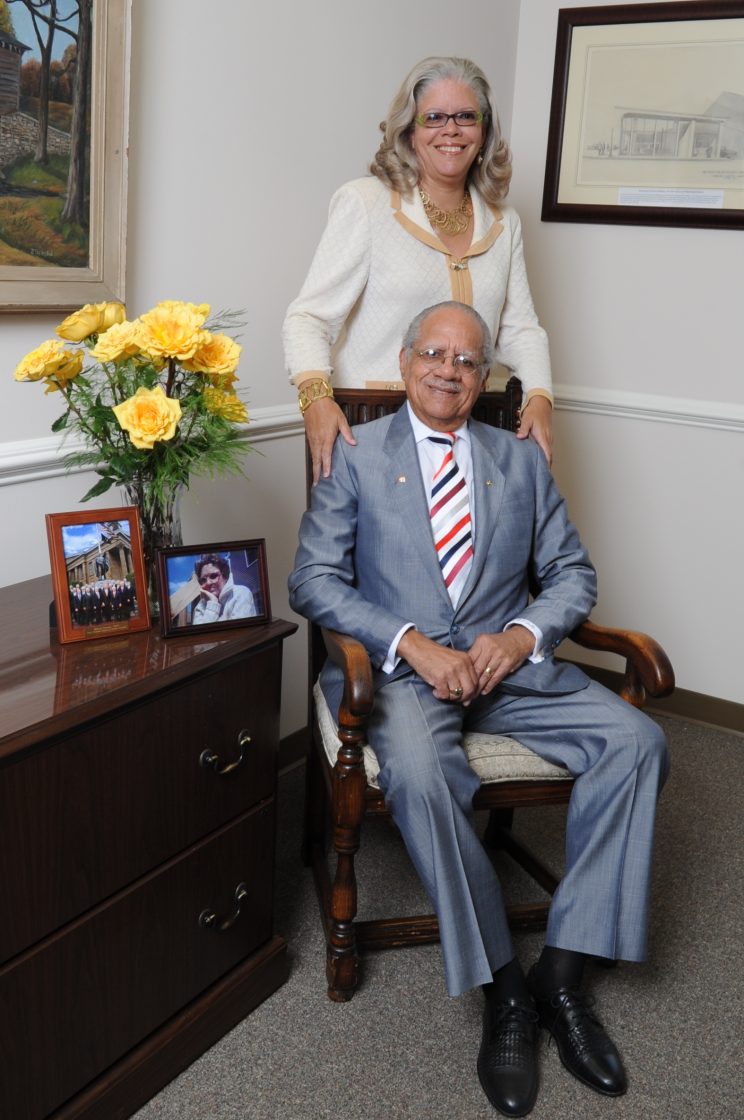 You can donate to the Debaptiste Foundation by sending a check to: