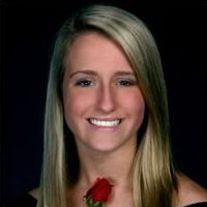 Hailey was a 2011 graduate of Downingtown East High School, where she swam for the varsity swim team.  She was also a member of the Whitford swim team for many years.

Hailey was currently in her final semester at the Fashion Institute of Technology in Manhattan. Fashion was her passion.  She had interned for designer Marc Jacobs and was currently working with Urban Outfitters in New York.

Gifts to the Hailey Bear Memorial Fund will be used to award grants
to charitable causes that were near and dear to Hailey.