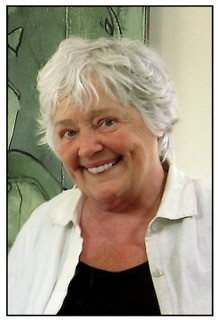 Nancy Lynn Petersen left her mark on each community where she lived, actively embodying the true spirit of informed, compassionate civic engagement.

Born near Pittsburg, PA, Nancy graduated from Muskingum College in Concord, OH in 1961.

Upon moving to Philadelphia, Nancy was an integral figure in the South Street renaissance in the 1960s and 70s due to her involvement with the Theatre of the Living Arts.  She helped establish Philadelphia’s first Earth Day. For the country’s 200th anniversary, Nancy helped organize the Bicentennial Wagon Train that crossed the United States in 1976.

In the 1970s Nancy move to Northern Chester County, working with Richard Wright Antiques, and later with Legal Aid.  She fought to preserve the historic integrity of Coventryville by actively participating on the Historic Architectural Review Board.

As a reporter for the Philadelphia Inquirer, Nancy covered politics, social justice, community development, and the environment within Chester County for over two decades. One of her editors, Jim Asher, recalled, “Nancy was known for her encyclopedic knowledge of Chester County’s political players, plus her tenacity and grace.”  Another editor said, “Nancy was modest and cheerful, smartly subversive, generous to colleagues, and totally plugged into the community she covered.”

Nancy loved vacationing on the Eastern Shore of Virginia. In 2011 she “retired” to Onanock, VA and continued to be active in her community. An avid bird watcher, Nancy joined the Eastern Shore Bird Club and obtained her certification as a Master Naturalist.  She worked with others on the Eastern Shore’s marshlands, served as a board member for the Friends of the Accomack Library, and led discussions and served on the board for The Academy for Lifetime Learning.  For the Accomack County Democratic Party, she served as Secretary and also Treasurer.

Send a check payable to