The historic Charles A Melton Arts and Education Center aims to contribute to the quality of life for all people of the greater West Chester community by continuing its long commitment to providing educational, recreational, cultural, and civic services.

The sole purpose of this Fund shall be to support the non-profit operating, program, and capital needs of the Charles A. Melton Arts and Education Center.

Learn more about the historic Charles A Melton Arts and Education Center by visiting their website.

About Charles A. Melton 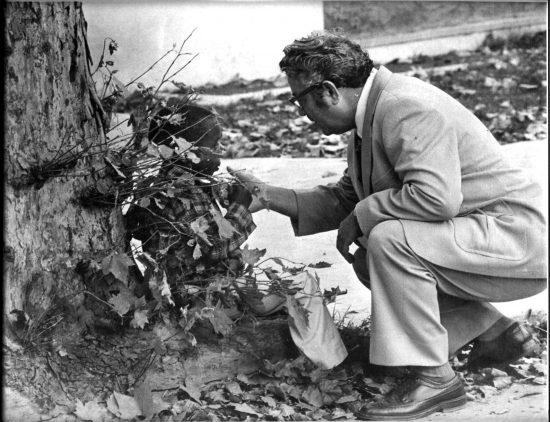 Charles A. Melton was an activist and executive director of the West Chester Community Center from 1966 to 1980. He was always a leading citizen of West Chester. Mr. Melton was a teacher, coach, counselor, disciplinarian, and friend to many, many young people. He was a spokesman for the African American Community on many critical issues involving race relations during the difficult times of the 1940’s through the 1970’s.

Mr. Melton helped shape the Black community, who were shut out from any kind of social activity in the Borough of West Chester. According to the Daily Local News in 1987, “he fought long and hard to make the borough and the county a better place to live for African Americans, and he would not back down from his stance, even when threatened.” In the early 1960’s he became involved in the Civil Rights movement. He had long talks about Civil Rights with his childhood friend, Bayard Rustin. In the 1960’s he organized many protests against discrimination.

Charles received a distinguished Service Award from Cheyney University in 1977. The citation read: “To an upright and fearless man, who, time and time again, had the courage to stand up for all equal rights for all Americans.” He was all of that, and more! On August 14, 2004, the West Chester Community Center was renamed to the Charles A. Melton Arts and Education Center in a formal ceremony to honor and pay tribute to the invaluable contributions that Mr. Melton made to the community of West Chester.

Send a check, made payable to: