Mr. Paul J. Bove was born and raised in West Grove. He graduated from Avon Grove High School in 1943. He was class president and went on to complete a teaching degree in Social Studies at Penn State University. He began his teaching career in the neighboring Octorara School District. Paul earned his Master’s Degree in Guidance and became the Guidance Counselor at Avon Grove in the early 1950’s. He was a devoted educator to his Alma Mater. He married Elizabeth (Betty) Mitchell in 1952 and they raised seven children. Paul J. Bove passed away in 1978. In addition to his endeavors in education he also served in the US Army in the European Theatre in World War II, was a member of the West Grove Borough Council and also a member of the West Grove Parks and Recreation Association and also belonged to the VFW in Kennett Square. The Bove family would like the scholarship to be given to a needy recipient pursuing a career in education or guidance.

Mrs. Elizabeth (Mitchell) Bove was born and raised in West Grove. She attended St. Mary’s Catholic School (West Grove) until high school. She then attended Avon Grove High School and graduated in 1943. She was class secretary and continued her education in nursing at Pennsylvania Hospital in Philadelphia. She graduated with an RN degree in Nursing in 1947. She married Paul J. Bove in 1952 and was a stay at home mom for their seven children. Mrs. Betty Bove passed away in 2013. The Bove family would like the scholarships to be given to a needy recipient pursuing a career in nursing or the medical field.

Congratulations to our 2019 Scholarship Recipients: 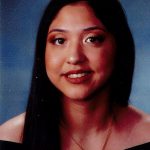 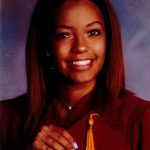 Send your gift,  made payable to: