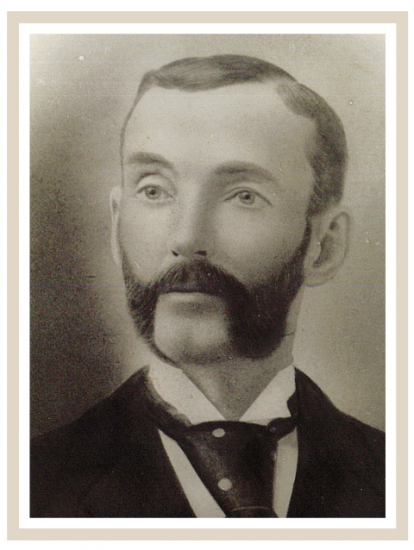 John McConnell Blair was a highly talented and multifaceted entrepreneur who contributed greatly to the development of the community of Blairs Mills in the Tuscarora Valley of Pennsylvania.  J.M. Blair was educated at Tuscarora and Spring Run academies and he served as an elder in the Upper Tuscarora Presbyterian Church, taught school, did surveying, was a dealer in lumber, and served as the first postmaster of Blairs Mills in 1883.

Alongside his father, John Henderson Blair, J.M. Blair kept store and subsequently developed a mercantile partnership with his first cousin, John Alexander Blair. In 1892 he opened the J.M. Blair Co. store which also housed the local post office. He went on to build Hotel Blair and the homes of the Tuscarora Valley Railroad workers in 1895. J.M. Blair served as a director, prime investor and president of the narrow gauge Tuscarora Valley Railroad, which spanned 27 miles from Blairs Mills to Port Royal, Pennsylvania where it connected with the Pennsylvania Railroad. The TVRR’s first locomotive was named in his honor and by 1919, J.M. Blair owned a one-half interest in all TVRR stock.

J.M. Blair established the Tuscarora Bank in 1898 and served as president of the bank until his death in 1919 at which time the J.M. Blair Trust was established by Will from his 79 shares of 100 shares outstanding of Tuscarora Bank stock. Over the next one hundred years this Trust has flourished and grown greatly from those original 79 shares of Blair bank stock. Hollywood discovered and featured J.M. Blair’s hometown of Blairs Mills, Pennsylvania in the 1940 film classic “Remember the Night” starring Barbara Stanwyck and Fred MacMurray, which continues to air each year on TCM during the holiday season. 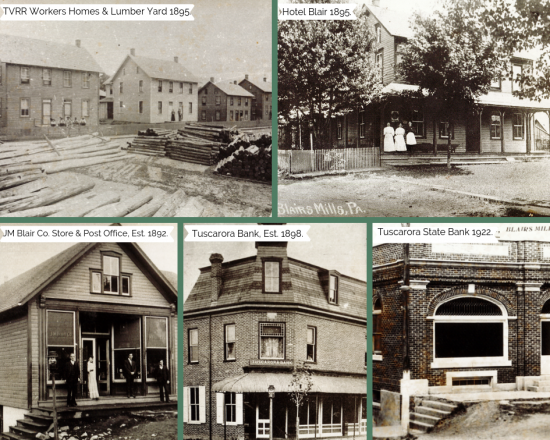