In Remembrance of Don

Born and raised in Phoenixville, Don was committed to giving back to his community, a value instilled in him by his mother, Margaret. Margaret raised her children in a segregated Phoenixville in the 1940s and despite the discrimination she and her family faced, she maintained an open door policy for whoever needed help in the neighborhood.

Through his work with organizations committed to youth, diversity and equity, Don lived his life mirroring his mother’s values. Don served for many years as Chief Executive Officer of the Phoenixville Area YMCA, now the Freedom Valley YMCA. Don was passionate about helping people find affordable housing and getting churches and other religious institutions involved to fight for issues in their local communities.

The Margaret E. Coppedge Memorial Fund was created by Don to honor the memory of his mother who was a committed volunteer throughout her life at the Grimes African Methodist Episcopal Church, an organization that shares the same values Margaret held in high esteem throughout her life. Founded in 2010, the Grimes AME Church is a community-centered organization that aims to tend to the social, spiritual and physical development of people from all walks of life. The Margaret E. Coppedge Memorial Fund supports the Grimes AME Church Sunday School through education, school materials, scholarship assistance, special events, transportation and teachers’ recognition.

Don passed away in January 2021. He  held the belief that you “give young people flowers while they are living, not when they are dead.”  We remember him for his many accomplishments. His legacy in Phoenixville and Chester County will live on. 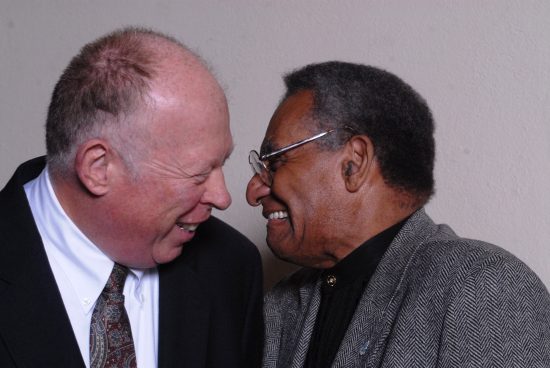 Mail a check, made payable to “Margaret E. Coppedge Memorial Fund”, to: