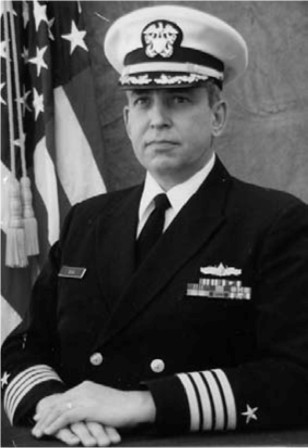 The sole purpose of this fund shall be to provide scholarship funding to a graduating
high school senior in the Chester County area.

Jacob Edge II, 67, of Thorndale died of pulmonary fibrosis on Thursday, Dec. 20, 2007, in Brandywine Hospital. Besides being a beloved husband, father, brother and grandfather, Jacob was a man of many talents and interests. Along with his brother Robert, he worked for Edge Wallboard Machinery Co., the company started by their father. Before that, he served for 13 active-duty years in the U.S. Navy, earning the rank of captain during his many years serving in the USN Reserves.

Born in West Chester, Jacob was the son of the late Jacob V. and Ann Whyte Edge. He graduated from the United States Naval Academy in 1963 and went on to serve on many different ships, mostly in the Pacific. He served two tours of duty in Vietnam. He left active service in 1976 and joined Edge Wallboard as executive vice president.

In 1994 Jacob helped found the Thorndale Rotary Club and served as its first president. He was very active in community affairs as a member of the board of directors of the Downingtown

Public Library and in serving on the Civil Service Commission and Youth Aid Panel for Caln Township.

Fond of peanut butter, especially in strange combinations, he was known to his grandchildren as “Pa,” as was his grandfather before him. Jacob was a birder, he and his wife, Drinda, made trips to Arizona and Texas in the last several years to look for birds. He was also a beekeeper and lover of honey, as well as a member of the Chester County Beekeepers Association.

Mail gift made payable to: