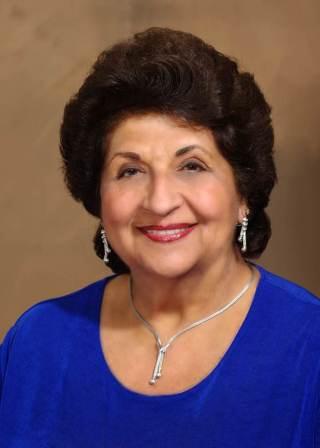 The mission of the Zelinda LeBoutillier Charitable Foundation is to make grants to charities that were dear to Linda’s heart.

Though Zelinda served on many boards and contributed to the community in so many ways, what she was really known for was her generous heart. She was called “Mama Linda” affectionately by many because she was truly a mother to all. At Waterloo Gardens, she founded “The Cooking School,” which operated from 1980-1985. She also wrote a cookbook,”Cooking with Fresh Herbs.”

Zelinda was very involved in the management of Waterloo Gardens including purchasing, hiring, and marketing. She was the first woman chosen to serve on the Retailer Magazine panel. Zelinda traveled the country speaking to Nursery and Garden Center Associations on marketing in the industry. She also served on the Board of the Pennsylvania Nursery Association and was a very active member of the Marketing Committe.

The Wall Street Journal quoted Zelinda on the first page with regard to industry market trends. Zelinda LeBoutillier is listed in the 1990 edition of Who’s Who in American Executives.

Zelinda was an active philanthropist. She received the Harold Martin Leadership Award from the Exton Chamber of Commerce in 2007. She also received the 2005 Citizen of the Year Award from the Berwyn-Devon Business and Professional Association. Boards Zelinda served on include: ALS Hope Foundation, Cabrini College, Bishop Shanahan High School, and Williamson School. She was the State Chairperson for The American Family Institute: Gift of Time and the West Whiteland Chairperson for the American Heart Foundation.

Community was very important to Zelinda. She was a Girl Scout Leader for 10 years and served on the board of Freedom Valley Girl Scouts. She was also Treasurer of Daylesford Abbey Woman’s Guild and President of Ss. Philip and James Mothers’ Club. Zelinda was very active in the Calvary Fellowship Church. She joined the Ventures Group and supported many mission trips and local community events to help children.

House of His Creation

Mail check, made payable to: